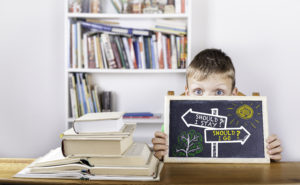 Just Say No! Why You Should Run from a Counteroffer

Just say NO to the Counteroffer!

by Jeff Herzog
You’ve received an offer from another company. After long consideration, you’ve decided that it would be best for your career if you took it. But when you inform your current employer of your plans to leave, they complicate matters by making a counteroffer. You are now faced with a decision. As The Clash asked in their iconic 1982 song, “Should I Stay or Should I Go?”

Just because there are 7.3 million jobs open and unemployment is at record lows, accepting a counteroffer from your current employer is a slippery slope. While it may be tempting to take the counteroffer, there are many reasons why you could regret this decision in the not-so-distant future. So, before closing the door on that new opportunity and accepting the counteroffer, consider these five potential pitfalls:

If your counteroffer was primarily financial based, then this short-term windfall could very well be a planned raise that is given to you ahead of time. When the beginning of the year or your work anniversary rolls around, don’t be surprised if you are passed over for an expected increase. And does your company pay discretionary bonuses? It may be possible that your counteroffer will be deducted from this payout.

When you made the decision to leave your current job, you did not do so lightly. Chances are that you did quite a bit of soul-searching before deciding to seek employment elsewhere. Perhaps you did not see a path forward with your current employer, or you did not feel that your compensation aligned with your worth, or you felt the company culture was no longer productive. Whatever the reason, you decided that you would be better off with another company. Will the counteroffer magically erase the underlying issues that led to your dissatisfaction? Or will it be a temporary band-aid and the same old issues will reemerge once the new honeymoon period is over? 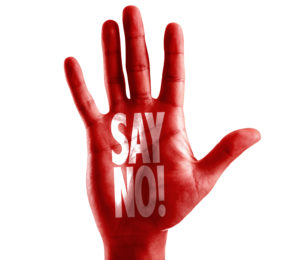 Why wasn’t your employer willing to pay you more in the first place? They only made the counteroffer once they were faced with the dilemma of your departure. Your sudden absence would create a burden on your employer, which they would rather not have to endure. If you were in the midst of a critical project or were the main point of contact for a key account, then the company may be under pressure to keep you on – in the short term, anyway. Putting your employer in this position may create a feeling of resentment, which could adversely affect the rest of your tenure with the company, however short-lived that may be. And once the important project is completed or when they find an alternative solution to your involvement, then you may no longer seem essential to the organization.

Your consideration of another offer breaks a bond between you and your employer. At least, that’s how it could be viewed by the company. Taking one step out the door and then turning back around will change your relationship with your employer. Management may feel that you have demonstrated a lack of loyalty and a breach of trust. This feeling could lead to you being passed over for future promotions and other opportunities. And if your company is downsizing, you may find yourself moved up the list for layoffs. Your higher paycheck and willingness to leave the company may lower your value and position you as a ripe target for termination.

What happens when your colleagues learn of your counteroffer? It’s possible they, too, can feel resentment over this development. You did not go through regular channels to better your situation, which could be seen as a lack of team spirit. This could negatively impact the culture in your department, while prompting others to follow the same path as you and seek other opportunities outside the company.

While a counteroffer may be good for your ego and, in the short term, for your bank account, you may be setting yourself up for disappointment and hardship in the long run. And remember, once you turn down the original offer, it won’t likely re-appear when things start to sour – again – at your current company. That door will be closed forever, and it may not be as easy to secure an offer from another firm when you decide it’s time to make a move.

So, it very well may be best for you to stride full-steam ahead to your new offer and embrace your new opportunity. When it comes to responding to your counteroffer, you may want to echo the words of Billy Joel when he said, “If that’s movin’ up, then I’m Movin’ Out!”

Register today for your FREE pass to the FPC EXECUTIVE SUITE and CAREERPULSE where you’ll receive access to our up-to-date exclusive tips and more!

By registering for the FPC Executive Suite and CAREERPULSE, you are giving us permission to send commercial electronic messages (CEMs) to you from FPC NATIONAL. Don’t worry, we don’t provide your email address to anyone else, and you can always opt-out at any time if you prefer to stop receiving our messages.