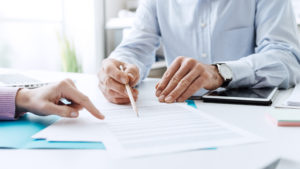 The Two People CEO’s Need Most in Their Life

As we turn the page on the summer season and gear up for the final third of the calendar year, I wanted to re-share an article, The Two People CEOs Need Most In Their Life, According to McKinsey Chief Dominic Barton by Oliver Staley, that has generates a lot of buzz about which really captures the current business environment as it relates to hiring and retaining qualified employees. It’s no secret that top talent is hard to find for all types and sizes of companies – potentially harder than it’s ever been.

The Two People CEOs Need Most In Their Life, According to McKinsey Chief Dominic Barton

In their new book Talent Wins, co-authors Dominic Barton of McKinsey & Co., business author Ram Charan, and Dennis Carey, vice chairman of executive search firm Korn Ferry, make the case that for a company to thrive, the ability to identify, hire, and nurture talent must be a central function.

Quartz At Work spoke to Barton, McKinsey’s global managing partner, about the future of human resources, what Facebook got wrong, and how to manage the rest of your organization once you’ve identified the top performers. This transcript has been edited for length and clarity.

Quartz at Work: In your new book Talent Wins, you write “We may never come across another time like this?” Why?

It’s for a number of factors. One, there’s more scarcity of talent than there is capital. There’s a lot of capital looking for ideas and opportunity, and it’s talent that’s the scarce part, and that’s a phenomenon of our times right now.

The second is, because of technology, the returns to talent have gone up dramatically. It used to be the case that there was a difference between the average production line worker and the best, but it didn’t justify a 5x compensation difference. Now, the difference between an average software engineer and a top software engineer is massive in terms of what they can do and the creativity that’s required. So the technology, be it the ability to scale an idea or the ability to go to different markets and transform an organization, is significant.

Are we at a point already where the enterprises that can identify their talent have a distinct advantage? It sounds like that what you’re describing, in 50 years, will be table stakes, but the companies that can seize on it now might be able to gain an edge on their competitors.

In your book, you elevate the chief human resources officer into a troika with the CEO and CFO you call the G3, as in the group of three. Historically, HR hasn’t been placed in that lofty a position. As talent management becomes more central, can HR overcome the stigma as a sleepy corner of the enterprise? Do you see MBAs dreaming of careers in HR someday?

That’s where it has to shift to. HR has been seen as the sleepy backwater where the admin is done. Often HR people aren’t even on the same floor, and that has to totally change. At the companies we looked at for the book, we saw it. One of the biggest investors in the world is BlackRock, and you go to the seventh floor of BlackRock and the person sitting beside (CEO) Larry Fink’s office is Jeff Smith, who’s the chief human resources officer. That’s deliberate. That G3 concept works.

To be a good business leader, you need to understand HR. I hope we’ll see more CEOs coming from the HR function, and we’ll see more line leaders spending time in HR. There has to be a transformation there. It’s a trite thing to say, but I dedicated the book to the HR people I ignored for too long. Those people are going to play really important roles.

It’s one thing to know about the experience and credentials of employees, it’s another to know about the soft skills, behaviors, and attributes that might be assets for an organization. How should a business assess those skills? How much data about its employees should a company have?

It’s easier to assess hard skills, like, can someone do a financial plan, can they develop a marketing plan, do they know how to take costs out of an organization; you can see that pretty clearly. It’s harder when you start to test things like resilience, purpose, drive, and what one CEO I was talking to recently called “the tenacity quotient.”

Those are things we’re beginning to get. One way you can measure those is through surveys. Myers-Briggs is a very old (personality test), but there are newer techniques that companies are using, to get a sense of how people make tradeoffs, and also to assess their experiences. What experiences do they actually have to indicate that they’ve got a resilience muscle, and how do you build it in an individual?

We’re a long way off from having too much information. I would argue right now it’s too much gut. People will say “character matters,” and well, how do you know that? “Well, he’s a good guy…”

How would an organization deploy that knowledge once it has it? It’s one thing to score your people along those traits, but how do you put that into action? How does it help to know Jim is a 67 and Jack has a 64 in resilience?

The place where it matters is in making appointments. Every organization should have a value plan: We’re trying to improve the value of the company by X over a few years. What are the 37 roles in a 12,000-person organization that are going to drive the bulk of the Ebitda improvement that we’re going after? When you look at those roles, and this is the type of person I want, then you can say, here’s where I want the person that has the 67 and not the 64.

In the book, you write about Facebook as a company that has an admirably decentralized management structure that allows a culture of autonomy to flourish. In retrospect, is what we’re seeing from Facebook the downside of surrendering too much control to teams?

That’s a hard one. That autonomy has allowed them to attract really good people and to move quickly. When people talk about agility, it’s not just flexibility and decisions, there’s also a strong, core backbone and that’s probably what’s needed. You need both. It gets to values, the principles of how the place works.

You describe a workplace where stars—the critical 2%— are identified, promoted, and compensated highly, but most employees will never be stars. What message does that send to the other 98%, who will never be stars? What’s their incentive to stay with the company?

It’s a really good question, and we have a lot of debate about that, about whether we should just put the light on the 2%. The 2% can’t do extraordinary things without the 98%. That’s why the engagement of the 98% of the organization has to be high. If we just pivot on the 2% and forget about the rest, it will just break down. That will not be a sustainable organization. The 98% are important and should be engaged with. The question is, when you start matching people with critical roles, you better know who those 2% are.

FPC’s national network of independently owned offices are filled with specialized recruiters, that have highly coveted networks, and exercise their ability to actively recruit, position them well to deliver for their clients. Business leaders understand the value an exceptional hire brings to a company and that it far outweighs any costs associated with identifying them. Collectively, FPC owners & recruiters have a tremendous opportunity to take advantage of this market!  If you are having trouble identifying the type of talent you need, reach out to us to learn how your FPC recruiter can help.

Register today for your FREE pass to the FPC EXECUTIVE SUITE, where you’ll receive access to our up-to-date exclusive tips and more!

By registering for the FPC Executive Suite, you are giving us permission to send commercial electronic messages (CEMs) to you from FPC NATIONAL. Don’t worry, we don’t provide your email address to anyone else, and you can always opt-out at any time if you prefer to stop receiving our messages