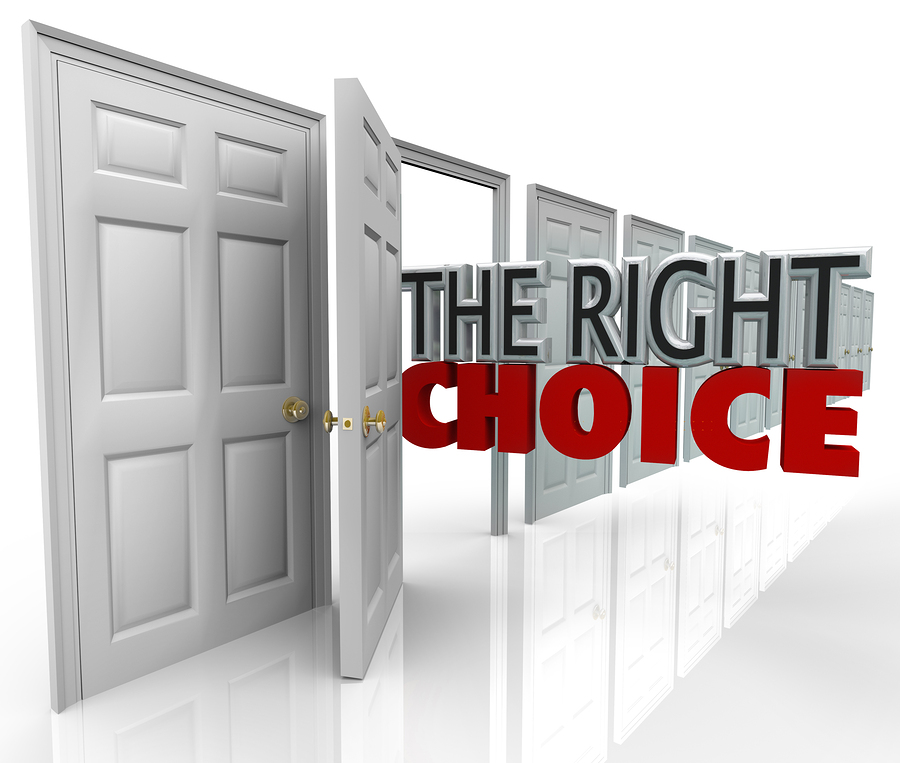 Career Change: If it’s right, the time is always right.

Time marches on. That’s a reality. We all have our plans and dreams, our wants and needs. What we don’t have is a crystal ball. Since 2007 – the start of The Great Recession – we’ve gotten used to putting our futures on hold.

At one time we felt that we could see far enough into a relatively stable future that it seemed easier to take a risk. These days, we can feel more like we’re living in a house built in sink-hole territory. You never know when your entire life can be swallowed up by an unpredictable outside force. Events like yesterday’s government shutdown are a case in point. They send our hackles up, send our stomachs sinking and otherwise make us anticipate a fight or flight adrenaline rush of fear.

What to do about fear

We’ve written before on this blog about the role that fear can play in any change. We humans are pre-wired to seek safety and survival. We feel better with what we know. To change anything, we have to overcome what author Steven Pressfield termed ‘the lizard brain.’ That term has been further explained and amplified by the brilliant Seth Godin and deals with ‘the resistance’ we human beings experience when venturing into new territory.

As if new territory weren’t threatening enough on its own, added overtones of uncertainty can have us pulling back from decisions to make changes. But if we’re pursuing the right opportunity, pulling back can jeopardize our chance at success for all time. In fact, there’s plenty of evidence that the right business move will succeed regardless of the economic environment.

Companies that started in tough times

Here are some examples that may surprise you of companies that were founded in the midst of economic turmoil – some of it worse than what we’ve experienced over the past five years.

The last example is probably more relevant to most people’s aspirations – to start their own small business. Though actually, that’s probably the spirit in which the corporate giants we mentioned started – several of them in garages. But, someone taking a chance and opening a recruiting franchise at a moment in the recent past when most people would have put any such decision on hold indefinitely is probably more relatable.

We wrote about FPC of Valdosta and its owner, Kris Jensen, in our series of posts offering business wisdom from a diverse group of FPC owners. You can read more about how he built success in tough times.

Advantages of starting your business in tough times

The point of this post, though, is to inspire you to believe that if a career change you’re contemplating feels right and stands to improve your work and personal life, you can succeed regardless of the economic climate of the moment. You may have to work harder than you would have during better times. But you may also find opportunities that others will miss because they’ve given in to fear or given up completely.

People who start new careers in tough times are not impeded by negative comparisons. They don’t know what it was like to run their business in a boom. They only have the current moment to contend with. These folks come across in the marketplace as confident and positive and tend to do well with customers who appreciate a more hopeful approach from a service provider.

So the takeaway is, don’t stop exploring for the next right career move for you – whether it’s a job or an entrepreneurial pursuit. If you get excited thinking about it, if it makes good use of your skills and experience, if it has the potential to provide future security for you and your family – and especially if it represents the fulfillment of a life-long dream – go for it. Take it from Thomas Watson, Thomas Edison, Walt Disney, Ted Turner, Bill Gates and Steve Jobs.

If you’re curious about what a typical day in FPC of Valdosta’s Kris Jensen’s life is like, you can find out by downloading our free eBook, “A Day in the Life of an FPC Executive Recruiting Franchise Owner.” Maybe it’s the right thing for you, too!